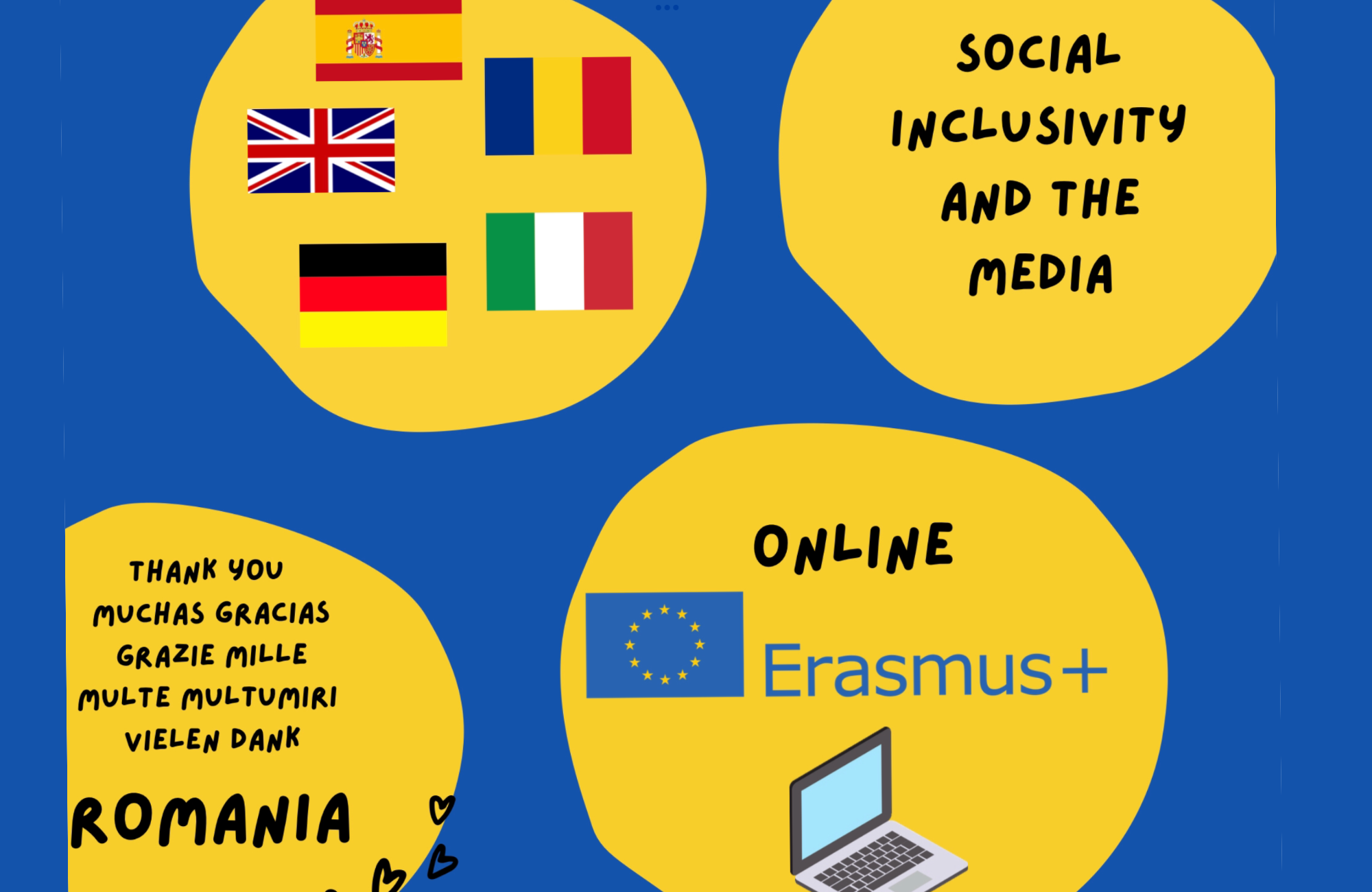 09.05.2022 – 12.05.2022
Eleven students from our school were given the opportunity to participate in the online Erasmus+ project, hosted by our Romanian partner school.

The topic of the week was ,,Social inclusivity and the media’’.

On the first day, we were welcomed by the Romanians in an online meeting with traditional dances. A few students sang afterwards. After hearing the choir the school was shown to us. The school tour was very detailed and we got a good impression. At the end of the day, the Romanian students showed us their city, which would have been much better if we could have been there with them.
On Tuesday, we were greeted again by the Romanian coordinator, who then introduced us to a co-founder of an aid organization for refugees and socially disadvantaged people. She told and taught us a lot about her work and the organization. Later that day we had a group work with the other students, where we made a protest poster about the war in Ukraine. Then we had a longer break, after which the Spanish group gave us their presentation on the topic.
On Wednesday we continued with the presentations. In the beginning it was Italy’s turn. After that it was Romania’s turn with their presentation, which was very exciting. After the Romanians, we continued with the English and finally it was our turn. The presentations were all very well structured and informative.
After a longer break we were shown a few videos about Romania.
On Thursday, we started the meeting for the first time at 12:30 p.m. instead of 9:30 a.m. Each country should use the time before the meeting in their groups to design an individual poster showing and saying what they liked about the week and what they learned and contributed to the project.

As a group, we think that the Romanian students and teachers organized everything incredibly well and that it was enriching for all of us. However, we all agree that everything would have been even better if we could have been in Satu Mare in person. All in all, it was a great project and we look forward to continuing to participate
in other projects.