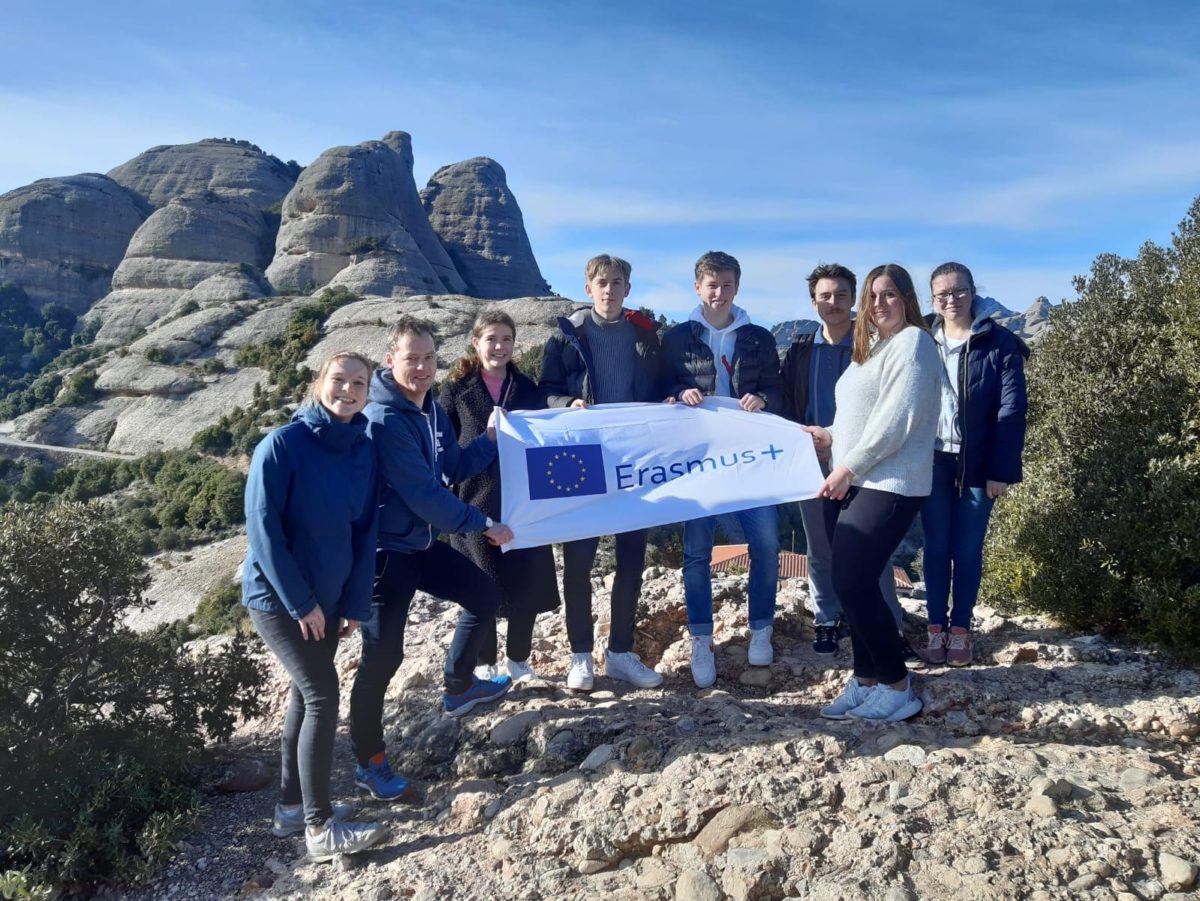 Six students from our school were given the opportunity to participate in the ERASMUS+ Project in Barcelona.

The topic of the week was religious diversity and inclusivity.

The first day started off with a few ice breakers and continued with a few presentations, both from students and a guest speaker. All of them were obviously about religion.

The second day consisted of us exploring the city and visiting the world famous Sagrada Familia. Then we were given a presentation by OAR, which is an organization in charge of the religious affairs in Barcelona.

On the third day we visited the monastery on the mountain Monserrat where we interviewed a monk. Then we went on an exciting hike in the mountains.

On Thursday we had a working session where we wrote articles and reports about what we have learned about religion during our time in Barcelona. And just like that, it was time to say goodbye already.